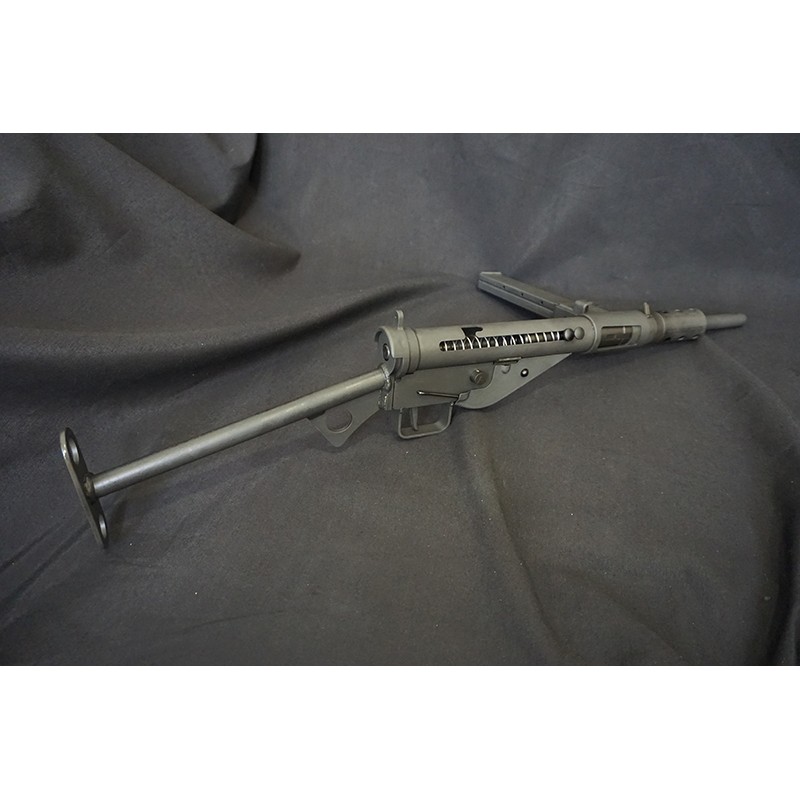 This product is out of stock

Be the first to write your review!

The STEN (or Sten gun) was a family of British submachine guns and used extensively by British and Commonwealth forces throughout World War II and the Korean War. They had a simple design and very low production cost, so they were also effective insurgency weapons for resistance groups. The Sten was a blowback-operated submachine gun firing from an open bolt with a fixed firing pin on the face of the bolt. This means the bolt remains to the rear when the weapon is cocked, and on pulling the trigger the bolt moves forward under spring pressure, stripping the round from the magazine, chambering it and firing the weapon all in the same movement. There is no breech locking mechanism, the rearward movement of the bolt caused by the recoil impulse is arrested only by the mainspring and the bolt's inertia. The basic operating principles were similar to those of the German MP40, Russian PPSh-41, US M3 submachine gun and numerous other designs. These shared similar attributes and faults; they were simple and cheap to manufacture, and put an automatic weapon into the hands of soldiers, greatly increasing the short-range firepower of the infantry, especially when the main infantry weapon was a bolt-action rifle capable of only around 15 rounds per minute and not suited for short-range combat. The slot on the side of the body where the cocking knob ran was also a target of criticism, as the long opening could allow foreign objects to enter. On the other hand, a beneficial side-effect of the Sten's minimalist design was that it would fire without any lubrication. This proved useful in desert environments such as the Western Desert Campaign, where oil attracted and retained dust and sand.